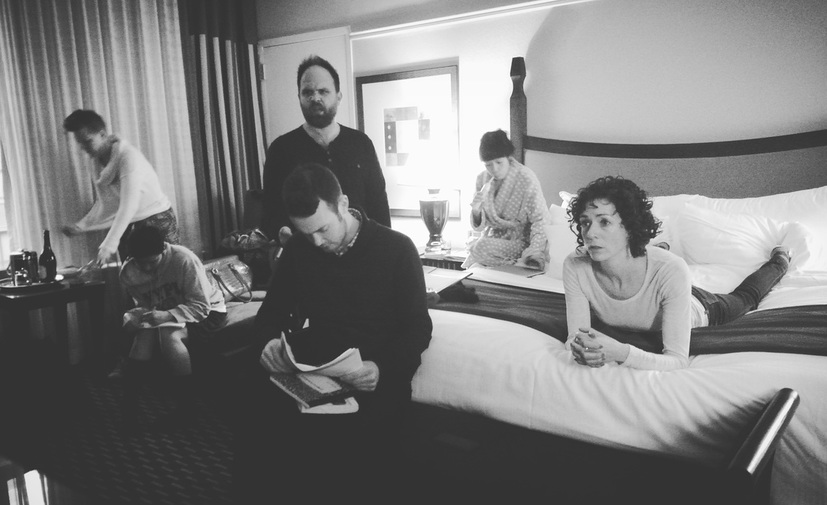 Caryl Churchill’s Hotel is a rarely produced piece of theatre that fuses elements of improvisation, physical theatre, and music into a unique experiential evening for the audience. In Hotel each guest enters the hotel room as if they are the only inhabitant(s). The audience, however, witnesses all of the characters (a total of 10) simultaneously inhabiting the room as if the other guests are not there. The result is as if several hours of video footage of the same space have been laid over top of one another. The audience witnesses the intersections of lives in a single room in which inhabitants live for a single night in a public space intended for private rituals.

Part one of Hotel introduces the audience to our hotel guests. A silent solo guest with a secret arrives first, followed by another solo traveler who has just walked away from a relationship. A businesswoman on a work trip hurries her bags into the room, takes a bath, and facetimes with her family. A mundane married couple vacationing in the big city return from dinner. A sad, insomniac man arrives, though he is later joined by his boyfriend, and we learn the sad man's close relative is in a nearby hospital. A quiet birdwatcher returns from a nearby park. Finally, a pair of drunk party girls arrive with ambitious plans to unite with friends at a bar later in the evening. In this section, all text is improvised.

In part two, the lights are turned out as we witness each of our hotel guests settle in to a routine for sleep, insomnia, sleepwalking, dreams, or nightmares. Only screen light, window light, candlelight or other found light sources are used to illuminate the room. All text is sung.

In part three (which was not included in this workshop production), the hotel guests wake and proceed to leave the hotel room to continue on their journeys or to go about their days. The text is improvised like part one. All characters leave the hotel room with the exception of the sad insomniac who continues to sleep.

Erica Vannon (Barnes) and Joshua Dumas workshopped and performed Hotel in the May of 2016 at The Congress Plaza Hotel.  Erica worked with the actors to create a vocabulary influenced by impulse and a structure for performance that included strong anchor cue lines or movement sequences to keep the narrative moving from section to section. Joshua created environmental underscore for the improvised section of part one and wrote the lyrics and music for the sung sections in part two. 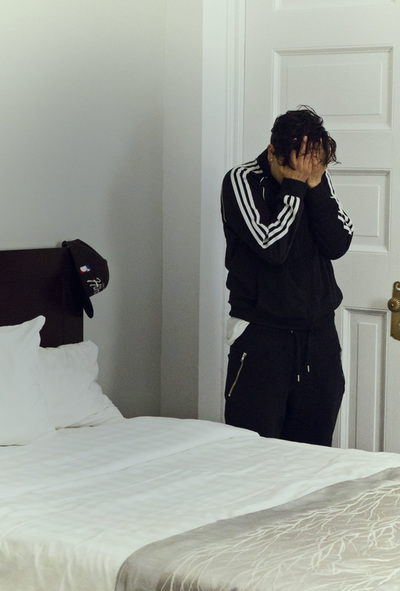 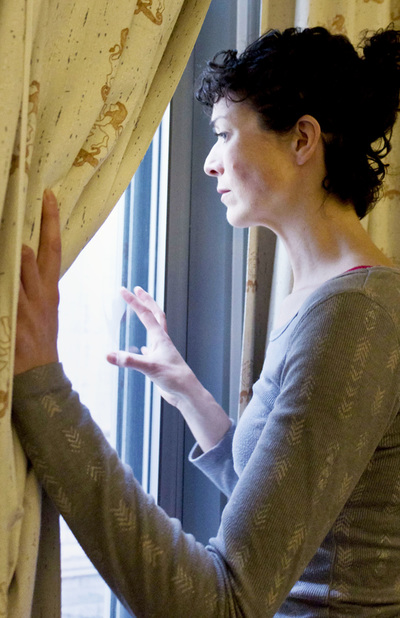 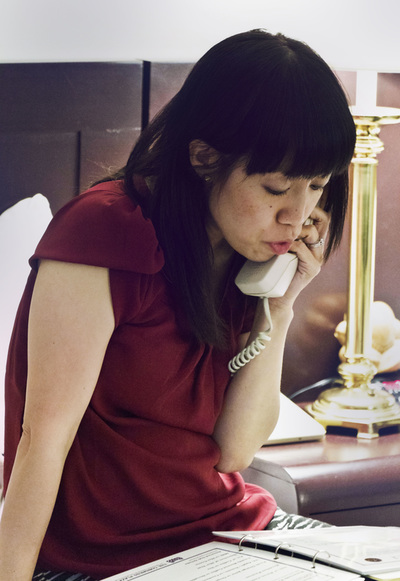 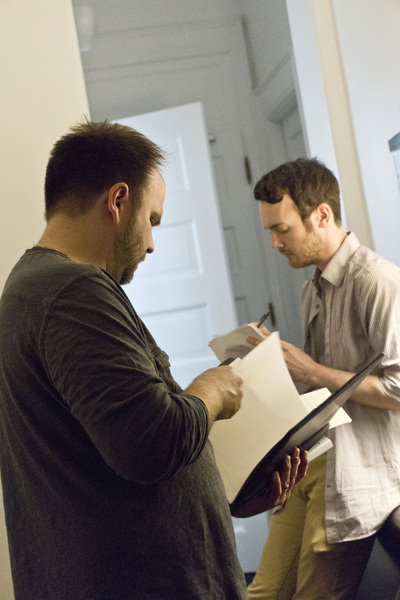 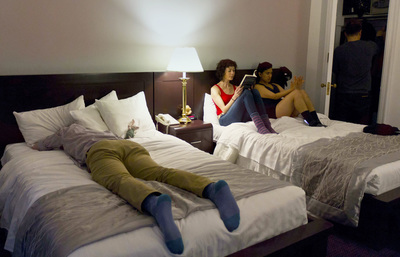 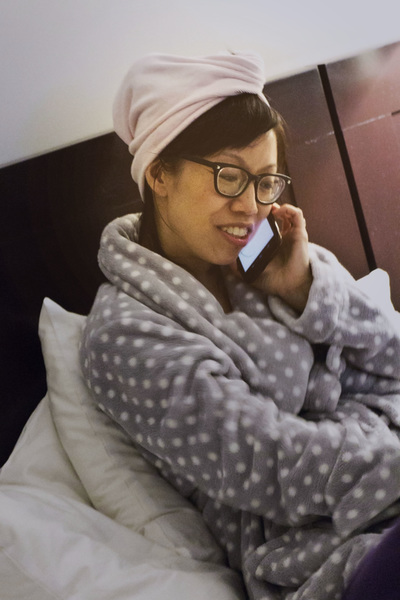 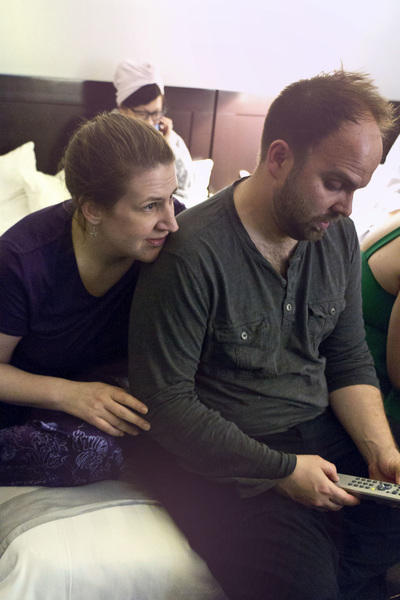 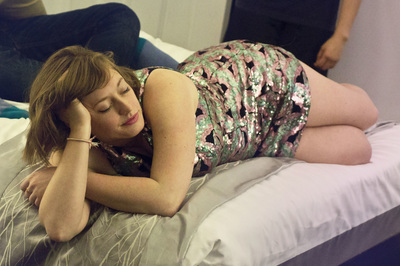 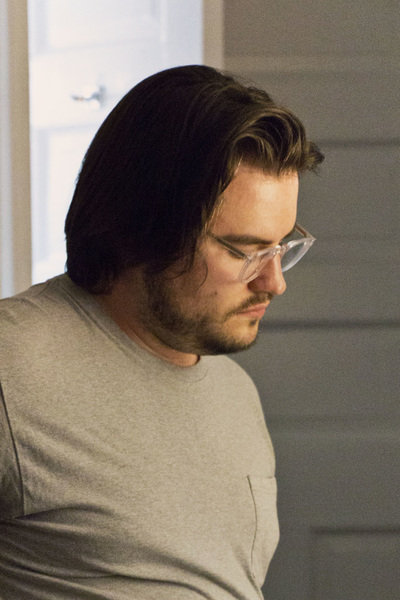 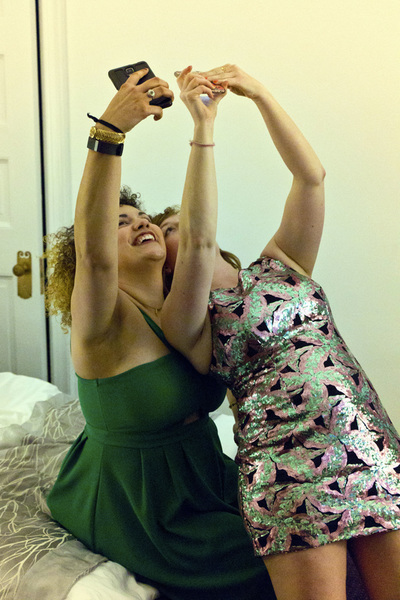 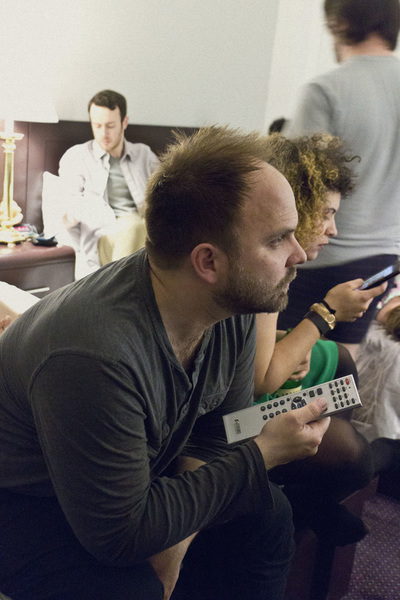